Jimi Hendrix 1: Are You Experienced 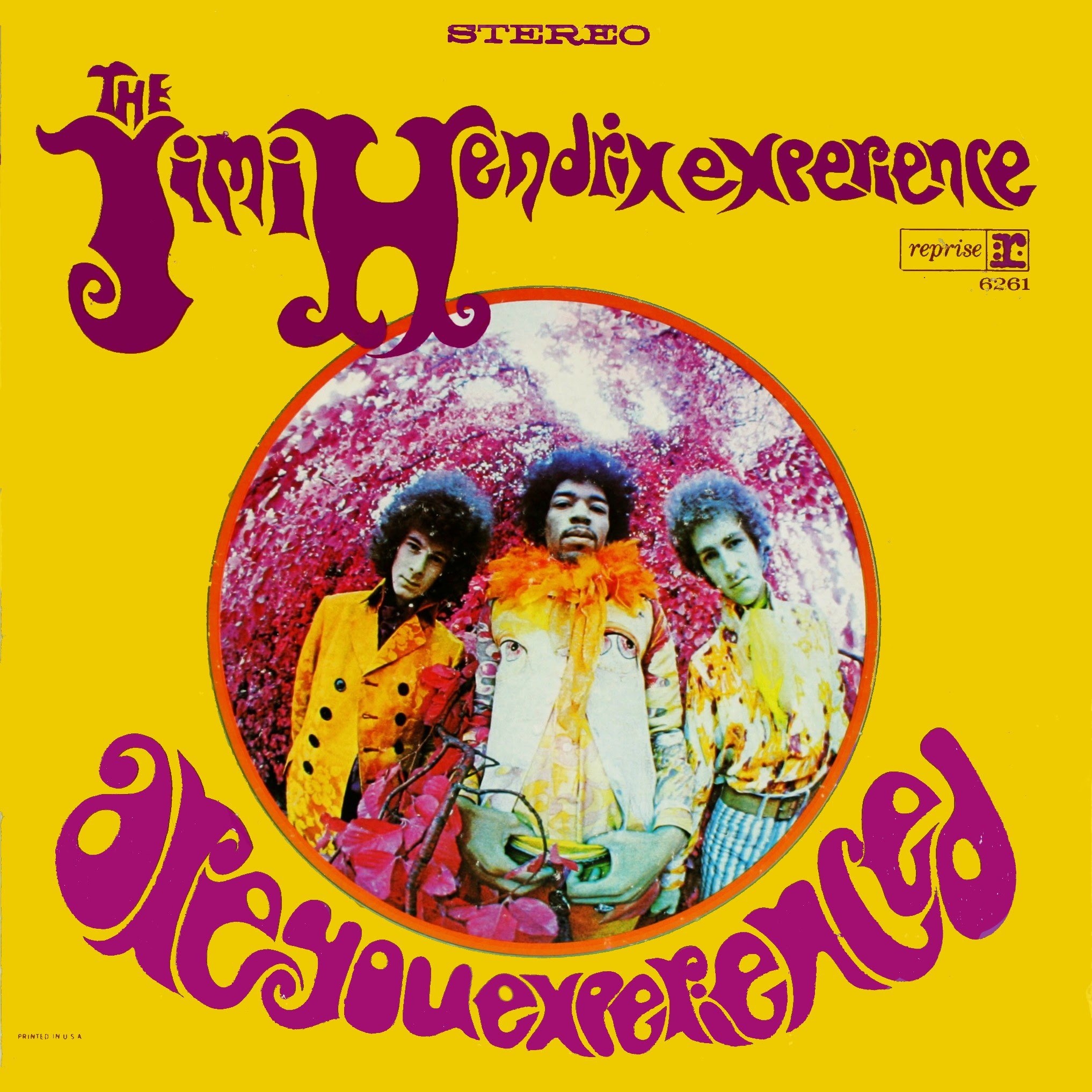 One of the recurring themes in rock history is that of “what-if?” We’ll never know what John Lennon might have created in the ‘80s, how Jeff Buckley’s second album would have ended up sounding, or if Woody had gone right to the police, this would never have happened.
The brevity of Jimi Hendrix’s career is all the more stunning when one considers the quality and quantity he put forth in the space of four years. His success didn’t exactly happen overnight, but he really was something of a firework, and not in the Katy Perry sense. He burst upon the scene, dazzled everyone around him, and left embers burning and scattered far and wide.
His prowess and technique on the guitar needed a framework to best show it off, as well as songs to heave at the pop charts, and thus laid the foundation for the power trio. Noel Redding was a guitar player relegated to bass, and Mitch Mitchell played drums in a demonstrative yet hardly chaotic style. Both permed their hair to match Jimi’s afro. Together, they really did change the world.
Are You Experienced delivers that package, mixing three-minute pop songs with more non-standard material to demonstrate his incendiary effects. “Purple Haze” manages to combine both, a bent riff under easily misunderstood lyrics. The broken-leg waltz of “Manic Depression” provides another kind of blues, and even worked nicely on an episode of Moonlighting. His “Hey Joe”, which every band covered in those days, is still the best version. “Love Or Confusion” and “May This Be Love” offer pretty sentiments between the fretwork, the latter an early example of his attempt to find that “underwater sound”. “I Don’t Live Today” would become a springboard for drum solos and feedback demonstrations in concert.
Like a lot of his peers, Hendrix loved Dylan, and “The Wind Cries Mary” is one of the less overt imitations of that style. “Fire” and “Foxey Lady” get an extra boost from the band, split up by the extended jazz and tape explorations on “Third Stone From The Sun”. The title track is suitably psychedelic, managing to mix drums and guitars going both forwards and backwards, with that single piano octave clanging away.
Are You Experienced might not be his greatest album, but it’s still pretty amazing, despite how many times you’ve heard “Purple Haze”, “Foxey Lady” and “Fire”. Since it wasn’t recorded that well to begin with, no amount of knob-twiddling will improve its muddy sound. It’s only been remastered about twelve times, making it that much easier to hear him toking on a joint during the guitar solo on “Foxey Lady”.
This is another of those albums that was different in sequence and cover depending on which side of the pond you’re on. The American LP described here replaced three tracks with some of the singles, but luckily the CDs available since 1993 include all the songs from both versions. “Can You See Me” and “Remember” might have been easily forgotten, but “Red House” is an undisputable classic. The picture is completed by three B-sides, the negligible “Highway Chile” and “51st Anniversary”, and the stellar “Stone Free”.
His catalog has undergone some questionable treatment over the decades, but for the most part, Are You Experienced hasn’t been tampered with too much. When the rights were transferred to MCA Records in 1993, it got a brand new cover, with the three singles and B-sides programmed before the British track lineup. Only four years later the family took over the catalog, restoring both album cover and the American sequence followed by the extras (in the US, that is; the one for sale in the UK has the British sequence with the singles at the end).

The Jimi Hendrix Experience Are You Experienced (1967)—4
1993 and Experience Hendrix reissues: same as 1967, plus 6 extra tracks