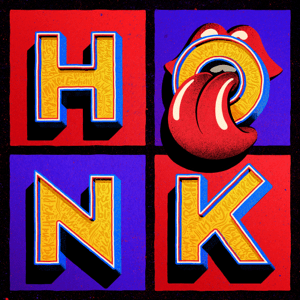 The initial excuse for yet another Stones compilation in a non-anniversary year was that it was supposed to tie in with an American tour. Which was then postponed due to Mick needing an emergency medical procedure. (We predicted a Viagra-related issue, which has yet to be confirmed.) This didn’t stop the promo machine from pushing the “new” set in the slightest. Honk might actually make sense as a title were “Honky Tonk Woman” actually included anywhere, but it’s not. And that’s just one of several omissions that, despite what the ads say, disprove the claim that the set offers “the very best” of the Stones.
Honk concentrates on the band from 1971 on, so we get tracks that have already been compiled on Made In The Shade, Rewind, Jump Back, Forty Licks, and GRRR!, and fear not, they didn’t forget “Brown Sugar” or “Wild Horses”. Granted, this is the first single-CD compilation they’ve offered in 25 years, but considering the small handful of new albums since then, it’s rather pointless.
But—and this is a big but—the deluxe three-disc version mines those recent decades even further, including both of the new songs from GRRR!, three unnecessary repeats from Blue & Lonesome, “Saint Of Me” instead of “Anybody Seen My Baby?” (presumably to skip paying k.d. lang any royalties), two too many choices from A Bigger Bang, and for some reason, “Dancing With Mr. D.” The already-frenzied PR spin suggests we’re supposed to be most excited about performances from the last handful of tours, featuring guest appearances from Dave Grohl, Ed Sheeran, Florence without her Machine, and Brad Paisley. This is the only portion of the album featuring music from the ‘60s, but you probably had to be there. Everything’s recorded well, with Chuck Leavell and Charlie Watts prominent in the mix. Might as well play it loud.