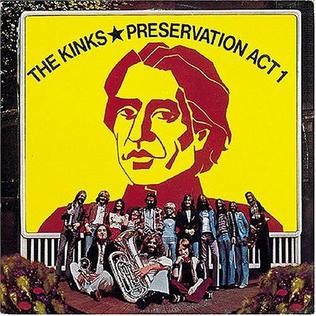 To say that Ray Davies was struggling is an understatement. Ten years into his professional career as a songwriter his work had become a chore, as he toiled away to be both commercial and profound. Plus, having established himself as a storyteller without compare, everything he issued had to have a theme. (Pete Townshend had the same problem, but that’s another story.)
Going back to the well is an iffy prospect for any auteur, so an extended theatrical expansion on the ideas of The Village Green Preservation Society was bound to be a challenge. What’s more, in an era of grand statements versus timetables, 1973’s Preservation opus was released in two parts before being taken on the road as a multimedia extravaganza. Preservation Act 1 was designed to set up the story somewhat, introducing characters and themes. That helps one approach it as just an album unencumbered by a plot yet to be fully revealed, but only just so, as the lyrics point out what characters sing which songs.
A wordless chorale is the basis of “Morning Song”, something of a cartoony intro that dares the listener not to think it’s a parody. “Daylight” is the first proper song, and at least it sounds like the Kinks, even after the now omnipresent brass band comes in to evoke the village green itself. “Sweet Lady Genevieve” is sung by the Tramp, but works as another lovelorn plaint and klassic Kinks too, particularly with brother Dave harmonizing on the title. Unfortunately fittingly, “There’s A Change In The Weather” is where the promise of those tracks dims. This portrait of class struggle is sung by three men in the same vocal tone, starting as a rocker but switching to a brass waltz and crawling through a heavy dirge back to the brass. “Where Are They Now?” and “One Of The Survivors” improve things slightly, the former a lament for Swinging London, angry-young-men playwrights, mods and rockers—basically everything before the summer of Love—while the latter revives the Johnny Thunder character, still on his motorcycle. By now Ray’s rhyming of pop culture icons is wearing thin.
Perhaps the most arcane track to American listeners, “Cricket” is a sermon sung by the Vicar, comparing that oh-so British sport to life. It’s clever, but it’s really to tell whether Ray has any sympathy for these characters. The plot becomes much more apparent on the medley that follows. After the chorus rails against “Money & Corruption” and prays for a savior to lead them, Mr. Black shows up to declare “I Am Your Man”, promising a version of communism that will benefit all (or at least make sure everyone has modern appliances). It would seem that the community had been taken in before, as recounted in “Here Comes Flash”, which begins as a cool riff and Dave singing lead, but soon turns to another cartoon piece, complete with closing faux-classical ending. The Tramp doesn’t seem bothered by any of this, as he’s “Sitting In The Midday Sun”, something of a cross between “Sunny Afternoon” and “Sitting By The Riverside”. In “Demolition” we finally get to hear what makes Mr. Flash so reprehensible: he was the developer who tore down all those lovely old houses to put up tower blocks and destroy the pastoral landscape. Once again, Dave’s solo bits redeem the track.
Again, as Preservation Act 1 was a stopgap to buy time necessary to complete the production, it demands to be heard as a first installment, and not its own entity. A standalone single that served to summarize the story appeared much later. “Preservation” was included as the “prologue” on Rhino’s 1991 double-CD set that contained both acts, and this sequencing was continued on the eventual single CD reissued in the late ‘90s. While a decent rocker and a welcome synopsis, its placement at the start of the program completely throws off the dynamics of the original LP. (The other bonus was the single edit of “One Of The Survivors”, one of the few songs that works on its own.)

Email ThisBlogThis!Share to TwitterShare to FacebookShare to Pinterest
Labels: 1973, kinks 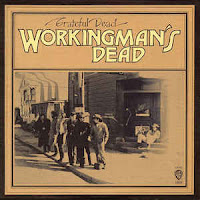