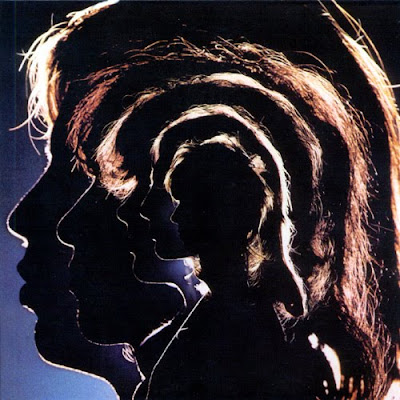 Not even a decade into their career, the Stones had already fallen into something of a trend by following a studio album with a live album or compilation. In the case of Hot Rocks, at least, the motivation came not from the band but from their former manager, the always philanthropic Allen Klein.
Hot Rocks is two records’ full of great Stones tracks, arranged chronologically and conveniently. All the hits you know and love are here, from singles to album tracks, all the way up to “Brown Sugar” (making its first but far from its last appearance on a Stones compilation) and “Wild Horses”. The Ya-Ya’s version of “Midnight Rambler” mixes it up. Most of the songs had already been on Big Hits or Through The Past, Darkly, and both “Ruby Tuesday” and “Let’s Spend The Night Together” were making their fourth American LP appearance, but again, how can you complain with such a lineup? As solid as Big Hits and Through The Past, Darkly are, the novice can’t go wrong with Hot Rocks, which is why it’s always sold incredibly well. In fact, the only bad thing we can say about it is the back cover photo.
Of course, it opened the floodgates for other cash-in opportunities. In the UK, the Decca label put out a series of strange collections of catalog clippings, none of them very well thought out nor appreciated by the band. Most collected odd singles or US-only tracks, but the most notorious was Gimme Shelter, which was not a soundtrack in any way.
The Stones themselves weren’t above a little plundering. Jamming With Edward! was credited collectively to Nicky Hopkins, Ry Cooder, Mick Jagger, Bill Wyman and Charlie Watts, and consisted of six loose jams from the Let It Bleed sessions. While an official release on Rolling Stones Records, it was sold at a budget price in anticipation of the scathing reviews it was sure to get. Truth be told, it’s not all that bad, and would have been a highly sought bootleg had they not put it out. It’s still an excellent showcase for Nicky’s piano, and while “It Hurts Me Too” is correctly credited to Elmore James, you don’t have to listen that closely to hear Mick include a verse from Dylan’s “Pledging My Time”.