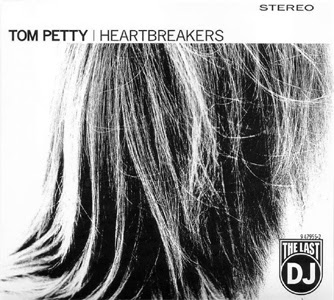 By the end of the ‘90s, Tom Petty had become an artist of stature, such that he could take his sweet time between releases, to the point where each new album would be inevitably anticlimactic. The Last DJ is called a concept album, a not entirely accurate categorization, due to the suite formed by the first four songs. The title track is self-explanatory and, with a few exceptions in scattered stations across the country, a sad truth. “Money Becomes King” takes a scary trip through a time warp, contrasting the old hippie ideals with today’s concert experience. “Dreamville” goes into the head of the performer, a melancholy reverie jarred by the ugly nightmare of “Joe”, an amalgam of every record executive who considers artists as objects, and thinks of notes not as musical elements but as financial deals. The rest of the album flows like radio used to, even when switching between stations that fade in and out as you drive from state to state.
Being something of an elegy for AOR, it’s not out of line to say this is Tom Petty’s Abbey Road (or, if that’s too blasphemous, his Blind Faith), given the approach and sophistication. Listen to tracks like “Lost Children” and “When A Kid Goes Bad” and see if you’re not thinking of 1969. The understated orchestrations by Jon Brion help too.
The album’s true finale is “Have Love Will Travel”, a song much better than its title, but he pushes the point with “Can’t Stop The Sun” to remind us that regardless of the apocalypse he describes in that opening suite, he’s going to keep on punching.
As an effect of both his age and the subject matter, his tired voice consistently scoops the notes. The only real clunker is “The Man Who Loves Women”, an uncharacteristic music hall-style trifle. To wash that out of your ears, you can always skip back to the lovely “Like A Diamond”, which indeed shines thanks to Mike Campbell’s leads and Benmont Tench’s gentle keys.
With both a darker yet more focused sound than the previous album, The Last DJ wasn’t a big hit. Critics hated it, claiming Petty was biting the hand that fed him, but that wasn’t the point. Despite his fame and wealth, Tom Petty remains a music fan first and foremost, one who cherishes the history that led him to pursue his career. He knows he’d be nothing without it, and that he’d likely be nothing without the Heartbreakers. Or at least Mike and Benmont. Howie Epstein isn’t mentioned anywhere; he had been fired for chemical issues and would be dead within the year. Bass duties are handled by Tom and Mike, with a reappearance by original Heartbreaker Ron Blair.